Read moreThe Anniversary of the Sinking of the Titanic – Who Was Bruce Ismay? 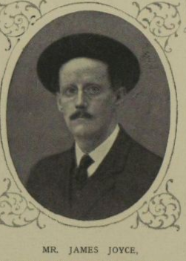