Enfer is a unique historical collection of more than 3,000 works of erotica, pornography, and forbidden materials that were heretofore only accessible at the Bibliothèque nationale de France. We should bear in mind the word “erotica” comes from the Greek word “eros,” meaning sensual love, and “pornography” also from Greek, means “depictions of prostitutes”. Enfer is comprised of much more than pornography; some works are honest depictions of sexual and erotic intimacy. Beyond that, many of the works in the collection allow us to contemplate commentaries on society and social mores; read fine literature; explore social history; examine criticisms of government, religion, and society; learn about changing attitudes toward gender and sexuality; appreciate changing fashions and styles; and investigate arguments against censorship and moral righteousness. Interesting and ironic to the latter is the fact that books written against censorship ended up being censored and locked away in a restricted collection.

In reviewing the works in Enfer, I was fascinated by the many methods artists and illustrators have used to illustrate the human form: drawing, engraving, painting and printmaking are some examples. Additionally, there are many different styles employed: classicism, neoclassicism, rococo, surrealism, and pop art, among others. I do not claim to be an art expert, but I do appreciate the visual arts as applied to the books in Enfer. You will not find illustrations in all the books in the collection, but you will find many books employed an artist to provide a beautiful, fantastic, scandalous, or amusing visual perspective to the literature.

A useful feature of the Gale Primary Sources platform is the ability to perform Advanced Searches for Illustrated Works. In Advanced Search, I like to specify individual archives, collections, or source libraries, and limit my searches by illustrated works, such as cartoon, drawing, engraving and painting. If you enter these search criteria and perform an open search (i.e. with no search term) you can find and analyse all the illustrated materials in a collection or archive. Once you get to a document, look for the Illustrated Works icon to help you locate the illustrations. You will then have the opportunity to see thumbnail images of each page, to determine what you might want to look at.

Venus dans le cloître ou La religieuse en chemise translates to Venus in the Cloister or The Nun in her Smock. The book provides a series of dramatic conversations between two fictional nuns, Sister Agnès, aged 16, and Sister Angélique, aged 19. In these conversations, the elder more experienced woman instructs the younger about sex. Works of this nature were known as “whore dialogues,” and they were a popular literary genre during the Renaissance and Enlightenment. More than just an erotic text, Venus dans le cloître satirises the sexual repression of convent life and argues against religious ideology as a means of control.

The engraving below from this book, printed in 1683, is rather chaste in its depiction of a nun in her chambers. She appears mostly clothed, with only her breasts and a leg from the knee down exposed. A man can be seen peering around the door. This is the only illustration included in this printing and it is rather tame when compared to other works found in Enfer, yet one can appreciate the artist’s attention to detail.

Moving into the eighteenth century, we find illustrations evolving to depict the human form in greater detail and authenticity. Here we have the Histoire de Dom Bougre, Portier des Chartreux, a French novel from 1741. There are eighteen illustrations in this first printing of the book. The illustrations are realistic and beautifully detailed, displaying the artist’s skill at engraving.

Histoire de Dom Bougre was much sought after in its time and frequently reprinted. It is interesting to study how the engravings and illustrations evolved from edition to edition, with the female and male forms and attire changing to reflect the beauty and fashion standards of the time in which they were printed.

A brief pamphlet from 1779, Les Amours de Charlot et Toinette, recounted in pornographic detail a torrid, entirely invented love affair between Marie-Antoinette – “Toinette” – and Louis XVI’s youngest brother, the comte d’Artois – “Charlot”. The pamphlet only has two illustrations, but they are lavish in their depiction of the fashion of the period, anatomically accurate, and provide a sense of the opulence of the French royal court. Yet the publication served a more sinister purpose.

During the reign of Louis XVI, a series of pamphlets and brochures were published against Marie Antoinette. According to an article titled “Maria Carolina and Marie Antoinette” in the Royal Studies Journal (RSJ), l (2014), page 19: “[These pamphlets and brochures]all have a common satirical theme written in a lascivious tone using an identical technique of political denunciation: the degeneration of the queen’s body due to an abnormal sex drive placing her beyond the norm of “normality” and thereby encouraging political ambiguity.”You will discover a number of these pamphlets throughout Enfer.

Moving into the nineteenth century, we find some illustrations taking on a comic form. Published in 1830, Les douze Journées érotiques de Mayeux follows episodes in the life of the fictional hunchback dwarf Mayeux, sometimes referred to as the Hero (or Hunchback) of the July Monarchy. Following the July Revolution of 1830, Mayeux became a popular French cultural icon, much like England’s John Bull. Mayeux was used to criticize the government and social issues in an anonymous way by artists and writers who feared censorship. His caricature was used in literature and art, and he appeared in songs and theatre. Les douze Journées érotiques de Mayeux, aside from being an erotic work, is also a commentary on sex and censorship.

The script used throughout the book is written in an elegant hand and the hand drawn images of love and lovemaking are creative and instructional. This book is a delight for bibliophiles. The more detailed illustrations throughout the book are well rendered and enrich the stories they accompany. The women and men, while representative of fifteenth-century life, have been depicted according to the cultural attitudes, understandings, and prejudices of the late nineteenth century.

Théodore Hannon (1851-1916) was a Belgian poet, painter, watercolourist and engraver. Rimes de joie is a book of his poetry providing works with beautiful visual imagery, feelings of melancholy, and reflections on the natural world. Hannon carried on a multi-year correspondence with the French author Joris-Karl Huysmans, who wrote the preface to Rimes de joie. Hannon was lauded by Huysmans’ hero Des Esseintes in the great Decadent novel À Rebours. Hannon, along with his friend Félicien Rops, a Belgian artist and print maker, founded the influential progressive Belgian society La Chrysalide in 1875. Hannon also helped promote the French Naturalist movement, a literary movement traced to theories of French author Émile Zola. Naturalism, beginning in the late nineteenth century, followed the tenets of scientific objectivity, social commentary and determinism.

The edition of Rimes de joie above features illustrations by Félicien Rops (7 July 1833 – 23 August 1898). Rops was a well-respected artist and frequently employed by the authors and publishers of his time. Many of his prints and drawings feature themes of the erotic or the occult. Two of the illustrations in Rimes de joie are nudes, which may be one reason this particular volume ended up in Enfer. The pencil-drawn illustration included here accompanies the poem Buveuses de Phosphore (the Phosphorous Drinkers). It is remarkable for its skilful use of light and shadow, the coy expression on the woman’s face, and the representation of female and male fashion of the period – and it simply caught my eye as an enchanting work of art.

A Literal and Visual Record of Social Change

The early modern and modern period saw great social change as societies began to challenge cultural, political, and religious preconceptions. Changes in printing and publishing helped spur new ideas as written knowledge became more accessible, and literature and the arts flourished. The books of Enfer provide a literal and visual record of social change during this time period. It is necessary to read between the lines of some of the works in Enfer to better understand the message being conveyed, but sometimes, a book is simply a form of entertainment meant to connect with us on an emotional level. Don’t be afraid to spend some time in Enfer; you won’t be disappointed.

Having explored these earlier works in Enfer, I was fascinated to see what the twentieth century held. You can check out my discoveries in nineteenth and early twentieth texts in L’Enfer de la Bibliothèque nationale de France here.

You may also be interested in reading about another module in Gale’s Archives of Sexuality and Gender series Sex and Sexuality, Sixteenth to Twentieth Century, in the blog post Sex! … and Sexuality, and Gender which discusses the Private Case from the British Library, materials from the Alfred C. Kinsey Institute for Sex Research and the New York Academy of Medicine. 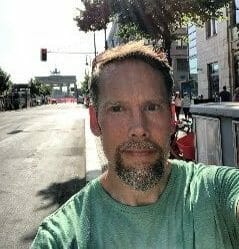