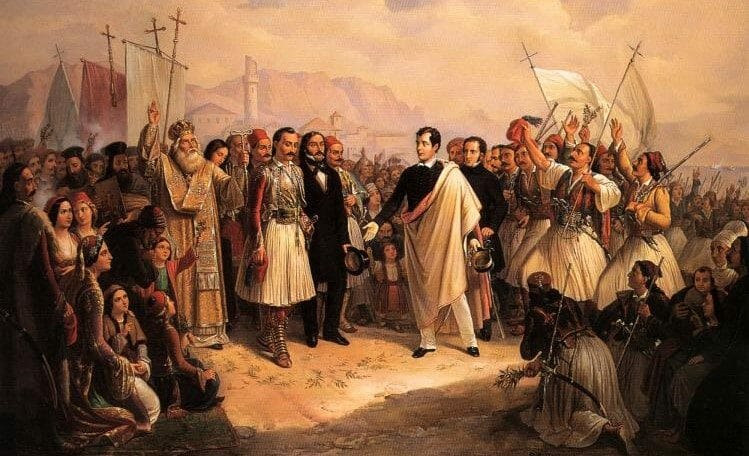 │By Harry Walker, Gale Ambassador at the University of Birmingham│

“I stood among them, but not of them.” This famous quote is from Lord Byron’s poetry and one which formed the basis of the discussion in my final essay at university. The line is taken from his early work, Childe Harold’s Pilgrimage, and has come to epitomise the “Byronic hero’s” attitude towards sociability for posterity, portraying him as a misanthropic, isolated figure. My essay argued that the idea of the “Byronic hero” as a misanthrope was more complex than this quote in isolation would suggest. My essay was naturally, being a literature essay, focused on the manifestation of this idea in his poetry. However, it was useful to support my argument with contextual details about his own social life, seeing as the “Byronic hero” is semi-autobiographical. This is where I found Nineteenth Century Collections Online and Gale Literature: Dictionary of Literary Biography to be instrumental. This blog post shows how I used these great resources to support my argument.

A Disdain For “The Crowd”

My argument had to concede that Byron’s poetry does demonstrate a general disdain for “the crowd”. I found great examples of this in Byron’s texts, which I was able to analyse with the usual literary – and, I dare say it, pretentious –  focus on alliteration, metaphor etc. However, I was able to strengthen this point by grounding it in a real-world context. Using Gale’s Nineteenth Century Collections Online archive, I found a wonderful document titled Conversations of Lord Byron: noted during a residence with his lordship at Pisa, in the years 1821 and 1822. This document, written by Captain Thomas Medwin, gave a great first-hand account of Byron’s interactions with others during this period. An example of this comes when Medwin talks about “his [Byron’s] known refusal at that time to receive the visits of strangers”. This was a quote that helped support the point that the semi-autobiographical “Byronic hero” was one who spurned the general public.

Medwin’s essay moved on to assert that despite his general dislike of “the crowd”, Byron reserved an amiability towards select individuals. My analysis of Byron’s poetry discerned that it was a talent for articulation that drew him to particular individuals, and I used Gale’s archives to try and prove that this was one of the things that drew him to people in real life. In Medwin’s essay, Byron is quoted talking of receiving three correspondences from “strangers all of them”. He is deeply moved by the third letter. This includes a prayer made by the writer’s wife to Lord Byron. Byron declares “The prayer is beautifully written. I like devotion in women. She must have been a divine creature”. This contextual detail helped strengthen my argument that what attracted Byron’s poetic persona to people was their talent for articulation.

I also relied on Gale’s Dictionary of Literary Biography to investigate what qualities attracted Byron to certain individuals. In this collection I found a brilliant biography of Edward Trewlany, one of Byron’s companions as he travelled across Europe. In this biography, the author Fiona Stafford draws attention to the fact that it was Trewlany’s “conversation” that commended him to Byron.

My essay thus demonstrated that the “Byronic hero” did show a friendliness to some – those in whom he recognised a talent for articulation, mirroring the poet’s attitude in real life. Importantly, this demonstrated that the “Byronic Hero’s” attitude towards sociability as not always one of distance and distain, and should not be entirely epitomised by the quote “I stood among them, but not of them”. Instead, I concluded the essay with a quotation taken from Byron’s contemporary Matthew Iley which said “he was the friend of man”. This quotation, again taken from the Nineteenth Century Collections Online archive, seemed to succinctly subvert the clichéd biography of Byron as a socially exiled misanthrope. I am yet to receive my grade for this essay but with the help of Gale Primary Sources and other resources, I’m hoping I’ve pulled it out the bag!

Want to read more how students have used Gale Primary Sources in their university work? Check out Lily’s post about using archival material in her dissertation or how Pauli used primary sources in his Social History course. Harry was recently a Gale Ambassador at the University of Birmingham where he was studying English Literature. Harry’s dissertation investigated the formal similarities between satirical verse and the modern-day hip-hop phenomenon of ‘Diss tracks’. In his free time Harry plays football and is an avid fan of both rugby and cricket. Following university, Harry plans to take a year out, exploring South America, before beginning a career in marketing.