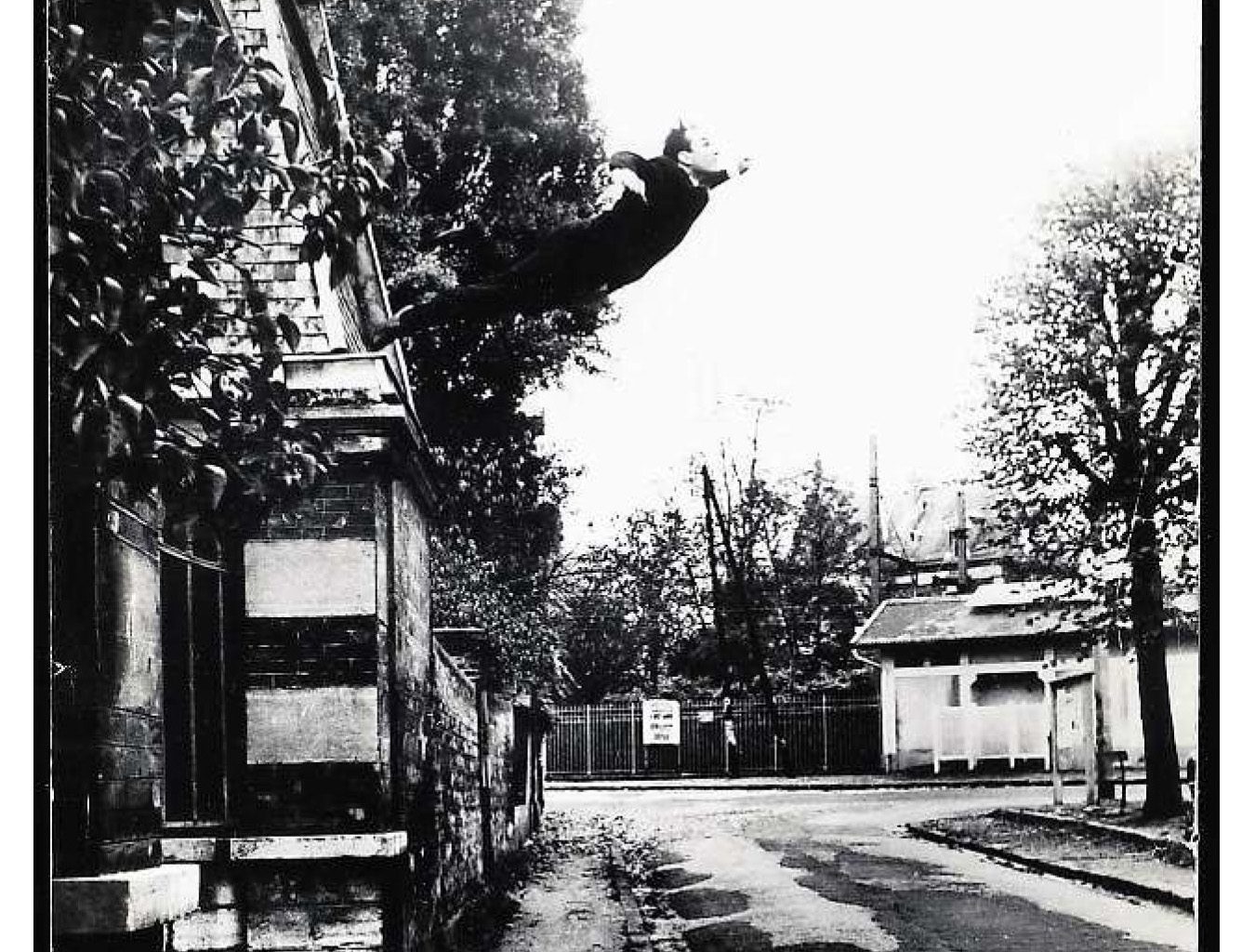 By the late 1950s, Yves Klein (1928-1962) had established himself as one of the most prominent of the post-war ‘anti-art’ avant-garde artists, having developed a philosophy based around the freedom and excitement of art that had been introduced by Marcel Duchamp (1887-1968). By 1957, he had begun his ‘blue period’, creating monochrome canvases and sculptures in International Klein Blue, a colour he had developed himself.[5]

In the summer of 1957, Klein exhibited in London, and it is fair to say there was a noticeable level of […] in the reception he got from the press. There was enough interest and fanfare around his work that the national dailies felt they had to cover it, and it seems like many reviewers did not know what to make of his ‘monotone propositions’: whilst they were not overtly hostile, they did not see eye to eye with Klein on his approach or his philosophy.

The headline of the Daily Mail’s piece set the tone: ‘Art-with-a-roller is here’, not holding back on the implication of a lack of skill and technique. The implication he was more of a decorator than an artist was given away by his use of a “builder’s paint roller”, with little consideration of any of the nuances in technique in creating these works. The [incredulous?] undertone of the review was most clearly suggested by the Daily Mail’s focus on the price of the works, subtly suggesting they were rather expensive for something that did not take much skill or craft.[6]

The Times did have more appreciation for the nuance (as seen by the opening quotation), but their objection was not he prices of the works, but the elevation of theory over practice. Klein’s works served as the purest articulation of the emerging artistic approach that we now associate with modern art: one that is overly driven by ideas and artistic philosophies, and these philosophies being used as a cover for the absence of skill and craftsmanship. The subhead, ‘reductio ad absurdum’ tells us where the article is going from the outset, and the reviewer is not afraid to point out that “M. Klein’s paintings have no interest beyond their theoretical implications…but this extreme position was bound to be demonstrated by someone, sometime. Now it has been done, and we can return to the happy impurities of a less hypothetical art”.[7] Punch were typically succinct with heir backhanded compliment that summed up the general reaction toward Klein’s monochrome works, stating that “even British painters are said to be loud in their admiration for an artist who can get away with this”.[8]

Almost exactly five years after the London exhibition, Yves Klein died at the age of 34 from multiple heart attacks whilst attending the premiere of a film he had starred in. Klein’s work was still divisive, and the report of his death in the International Herald Tribune summed him up as an artist “whom some critics considered a seeker of the absolute and other execrated as an imposter”, having “acquired a reputation as one of the most violent and demonstrative of Parisian avant-garde painters”.[9]